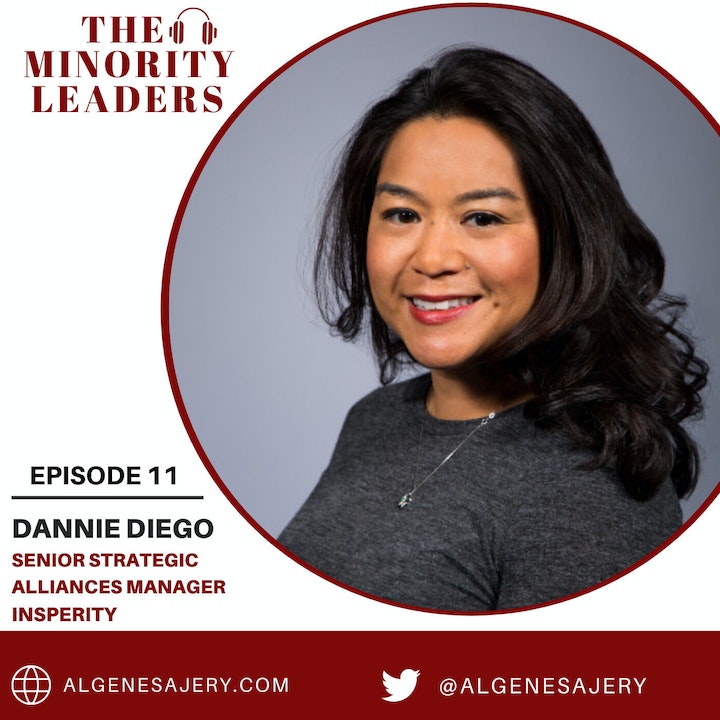 Episode 11 of The Minority Leaders Podcast was taped prior to the violent insurrection that took place at the United States Capitol on January 6, 2021.

My guest, Dannie Diego, a former Washington politico and current Texan, and I discuss interactions with people she has met in the suburbs of Houston, Texas, some of whom happen to be (or previously were) Trump supporters. When we discuss the concept of strategic empathy- which I examined in depth during a Harvard Kennedy School program for Senior Executives in National and International Security- we are referring to the ability to understand and empathize with an adversary's point of view. America will not move forward if we don’t have the ability to empathize with our political adversaries.  However, we must also have accountability for the events of Jan. 6th, especially the loss of five American lives and the complete disregard for the American values we hold dear.  I hope this conversation is as illuminating for you as it was for me.

Thank you for your continued support of The Minority Leaders. Please share your thoughts on this episode in the comments and reviews on www.algenesajery.com or wherever you listen to podcasts. As always, feel free to shoot me an email at algenesajery@gmail.com or algene@algenesajery.com

Dannie Diego attributes her public policy work and nearly two decades of experience in the federal government and non-profit sectors to her now success driving business development and strategic communications in the private sector. Dannie began her career on Capitol Hill as a staffer for Rep. Carolyn Maloney (New York) and former Rep. Ellen Tauscher (California).  While on Capitol Hill, she managed a legislative portfolio that included education, veterans, and counter-human trafficking.  She then moved to a support role at the lobbying firm Preston Gates Ellis & Rouvelas Meeds LLP (now K&L Gates) working with the defense & nanotechnology practice and clean water advocacy team. Following the 2006 election, Dannie held an advocacy role with Catholic Relief Services.  Focusing primarily on food security issues, Dannie lobbied for legislative recommendations to protect and increase development aid in the 2008 Farm Bill Reauthorization.  It was there that she began to work with a broad coalition of partners on what would become the Global Food Security Act.  During her time at CRS, Dannie traveled to Zambia, Ethiopia, Moldova, and Bosnia to meet with on-the-ground implementors of US programming of food security and counter-human trafficking.

In 2009, Dannie began work on the 2010 Census advising the bureau’s legislative affairs office on engagement with Capitol Hill. Additionally, Dannie planned and created a training program for Congressional staff to utilize census data to understand the demographics of their congressional districts.  More recently, Dannie served as a presidential appointee in the Obama Administration, 2012-2015, with the United States Agency for International Development (USAID).  She led USAID’s Congressional engagement strategy for the U.S. government’s Feed the Future initiative, also serving as USAID’s primary point of contact for the Senate Foreign Relations Committee.  While serving in the Administration, Dannie traveled to Ethiopia and Tanzania to provide oversight of USAID programs and negotiated agency priorities during the congressional consideration of the Global Food Security Act which become public law in 2016.  Additionally, Dannie prepared four Presidential appointed nominees for the Senate confirmation process.

Dannie moved to Houston, TX in 2015 with her husband, James, and daughter, Talia, and transitioned her career to the private sector where she currently leads bu