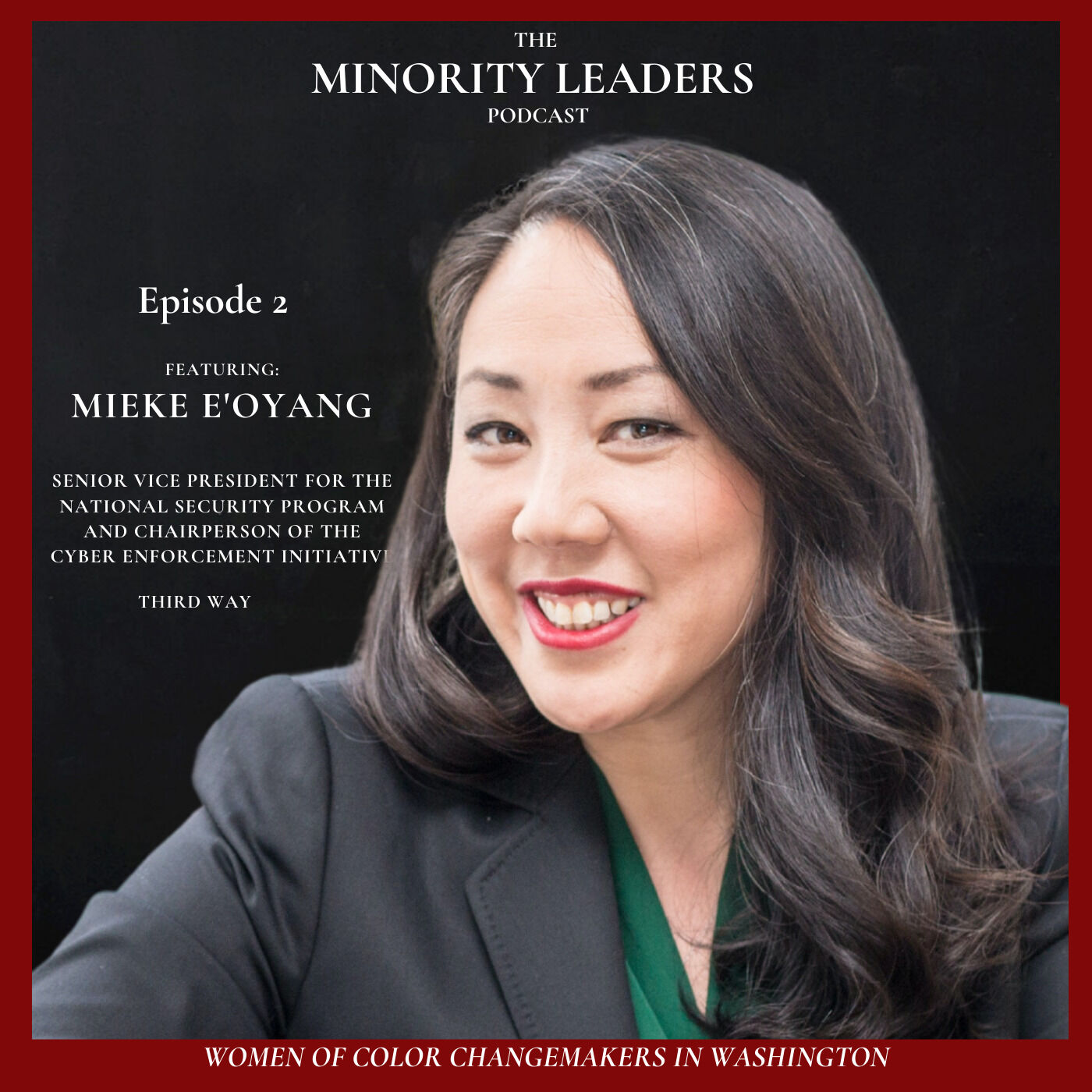 In this second episode of The Minority Leaders, host Algene Sajery speaks with Mieke Eoyang,  Senior Vice President for National Security at Third Way, a national think tank that champions center-left ideas. Mieke is one of the most respected thought-leaders on foreign policy and national security issues in Washington.  She is also deeply committed to mentoring the next generation of women of color in that male dominated field.

In this episode, Mieke shares some of her experiences as an Asian American woman in national security-- from being told that people in the intelligence community prefer to work with people “who look like Americans” to having to overcome cultural barriers to be an effective policy staffer-- while offering sage advice to our listeners. Mieke also discusses the significance of Senator Kamala Harris’s historic nomination to be the next Vice President of the United States and the critical foreign policy challenges the next administration will face.