A Conversation with Kendra Gaither and Brionne Dawson from the U.S. Chamber of Commerce 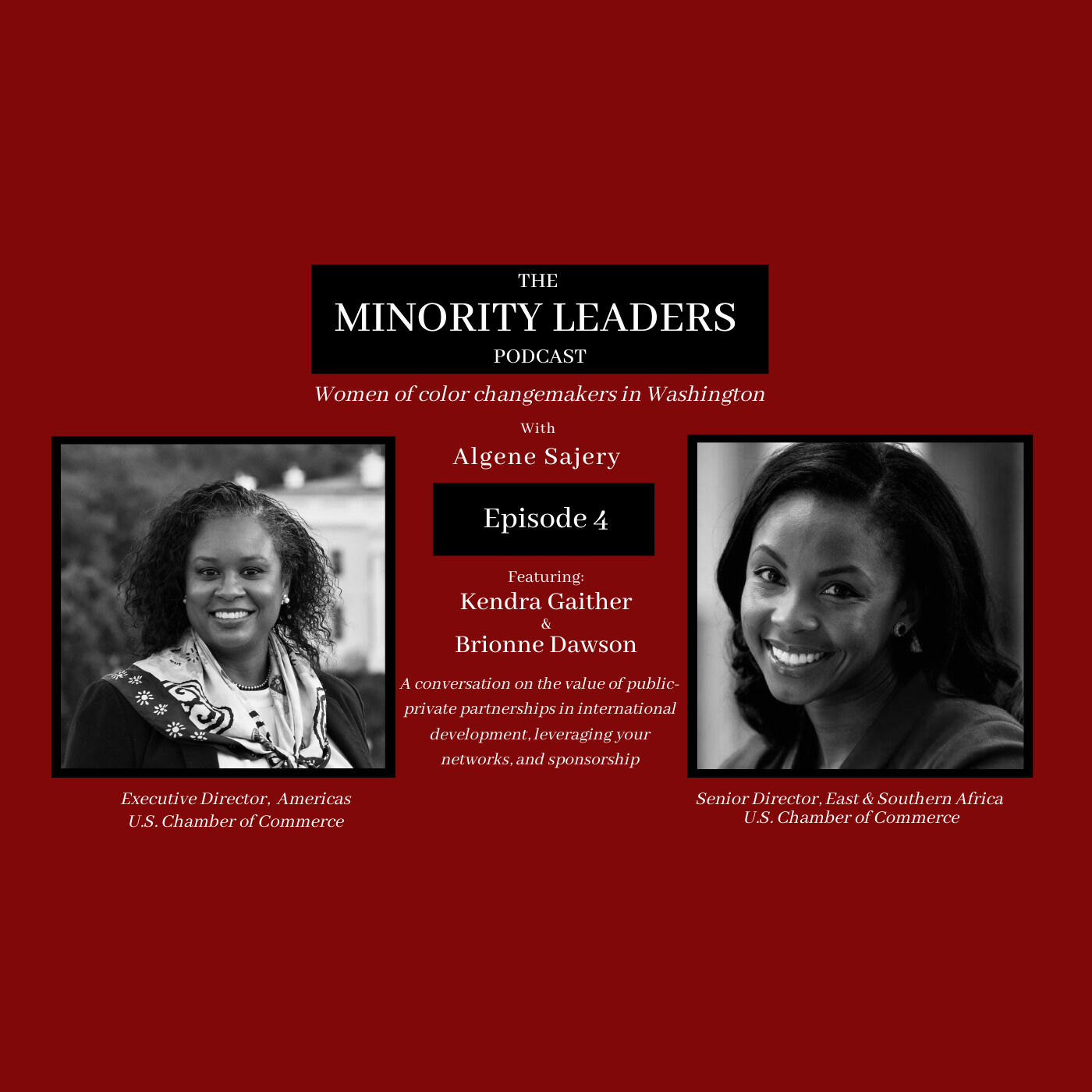 In Episode 4, host Algene Sajery welcomes  Kendra Gaither and Brionne Dawson from the U.S. Chamber of Commerce to the show to discuss their unique career paths, democracy and rule of law, and the value of public-private partnerships in international economic development.

Kendra Gaither is the U.S. Chamber of Commerce’s Executive Director for the Americas, where she assists members with economic policy issues across the Western Hemisphere.​ ​She also leads the Chamber’s Rule of Law Coalition that highlights the private sector’s commitment to promoting good governance across global markets.  Kendra previously served as a global initiatives advisor at Carnegie Mellon University after spending a decade in the State Department as a diplomat and a civil servant.

Brionne Dawson is the Chamber’s Senior Director for East & Southern Africa, where she manages the U.S.-Africa Business Center and advocates for increased trade and investment in the region. She served under the Obama Administration as a Congressional Liaison Specialist for USAID and has years of experience doing democracy promotion work in the African continent.

Get ready to be inspired by these two dynamic women!