A Conversation with Jotaka Eaddy, founder & CEO Full Circle Strategies and Chief Organizer of the Win with Black Women Collective 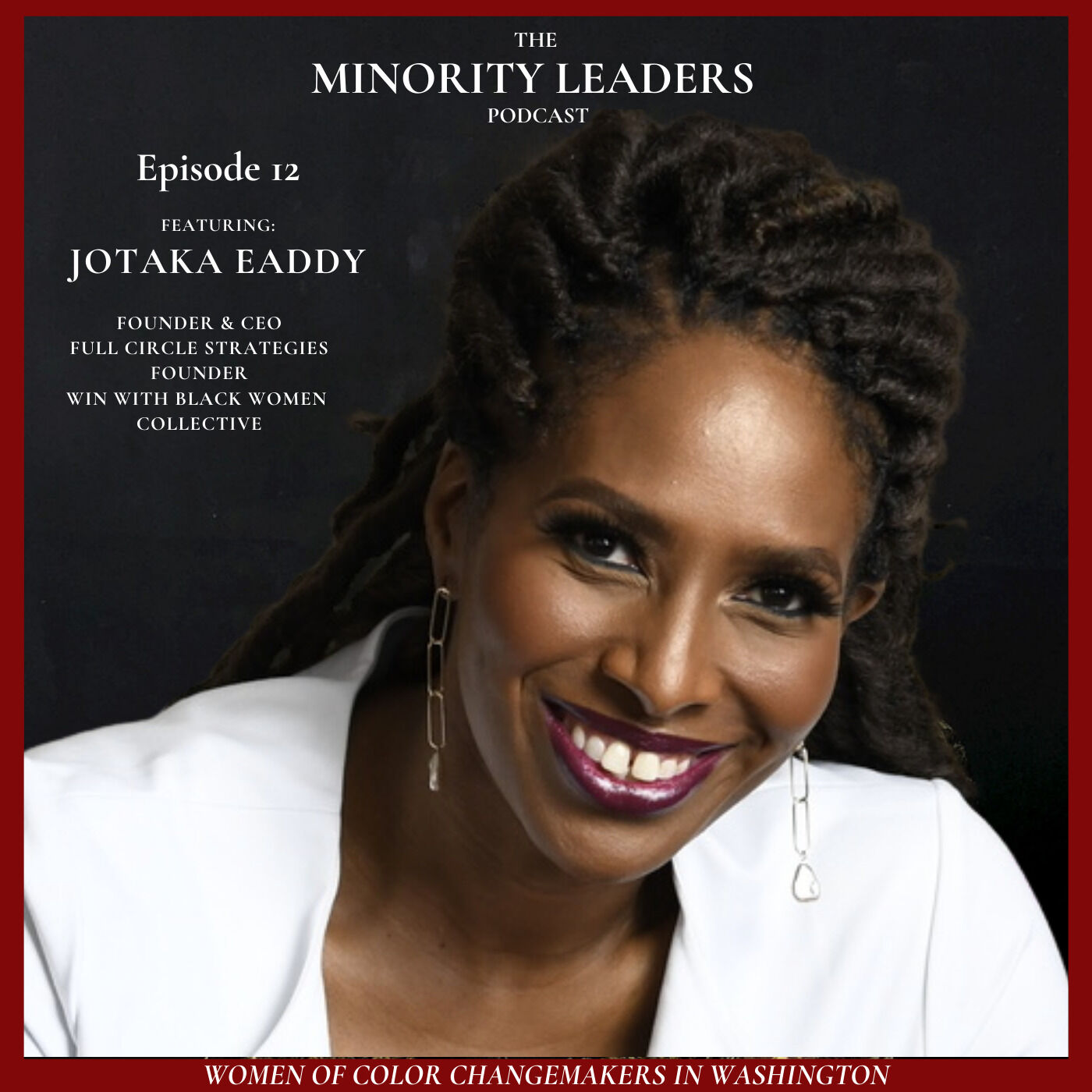 During this very moving episode, I interview my Soror Jotaka Eaddy, founder & CEO of Full Circle Strategies, and Chief Organizer of the Win with Black Women Collective (WWBW). I am one of Jotaka's biggest fans, so this episode is full of hilarious fangirl moments as we discuss our #BlackGirlMagic icons who are part of the WWBW collective, including Oprah Winfrey and the incredible Ms. Cicely Tyson who took her place among the angels just days ago. And then there's the magical moment when teary eyed  tear eyed  Jotaka describes the incredibly beautiful scene when Vice President Kamala Harris was sworn in as the first woman--- Black, Asian, or otherwise--- to hold the esteemed office of Vice President of the United States of America.

This episode is as beautiful as it is moving, and Jotaka and I both shed quite a few tears of pure joy during the course of our conversation.

Tune in to this very special episode of the Minority Leaders Podcast. And get your tissue box now, because the tears come early and often!

Connect with Jotaka on Twitter and IG  at: @JotakaEaddy  and @WinWithBLKWomen

Described as the “Olivia Pope of Silicon Valley” by Forbes Magazine, Jotaka is a dedicated and seasoned strategist with more than 20 years of experience in policy, advocacy, and movement building.

I know her as the builder of a movement called Win With Black Women—Black Women United, a collective of intergenerational, intersectional Black women leaders throughout the nation that was instrumental in galvanizing the collective power of black women.   Within her current practice, Jotaka works with clients seeking to advance policy, ideas, and change.  J

Jotaka previously served as Vice President of Policy; Strategic Engagement, and Impact for LendUp.  Eaddy's team was responsible for measuring how LendUp's products benefited consumers, such as saving customers more than $200 million in fees and interest, and creating a series of financial education courses that have been viewed more than 2.1 million times.

As one of the few black women that has served in the C-Suite of a Silicon Valley based company, Jotaka is a passionate advocate for increased diversity and impact metrics in the tech sector.  Committed to social impact and social justice; Jotaka serves as a board advisor to several tech start-up companies including Maker’s Row, Inc.; Gauge, Inc., Tech Dojo, and Hustle, Inc.

From 2009-2014, Eaddy served as Senior Advisor to the President and CEO and Senior Director for Voting Rights for the NAACP.  In addition to domestic advocacy, Jotaka has lobbied within various international forums including the United Nations Human Rights Council, African Union, the Organization of American States, and Council of Europe, among others. In 2004, Jotaka directed the national lobby and international advocacy campaign against the juvenile death penalty in the United States. Those efforts contributed to the 2005 landmark US Supreme Court decision Roper v. Simmons which abolished the juvenile death penalty in the United States and was supported by an amicus brief signed by more than 50 nations.

Eaddy is the receipient of several honors and awards including: 40 under 40 Silicon Valley Tech Diversity, Root 100 Most influential African Americans, Essence Magazine Woman to Watch, among others. 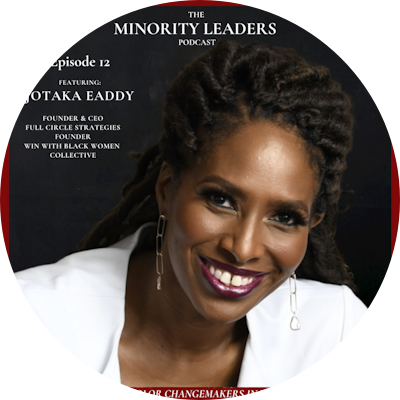