A conversation with Deesha Dyer, former Social Secretary for the Obama White House 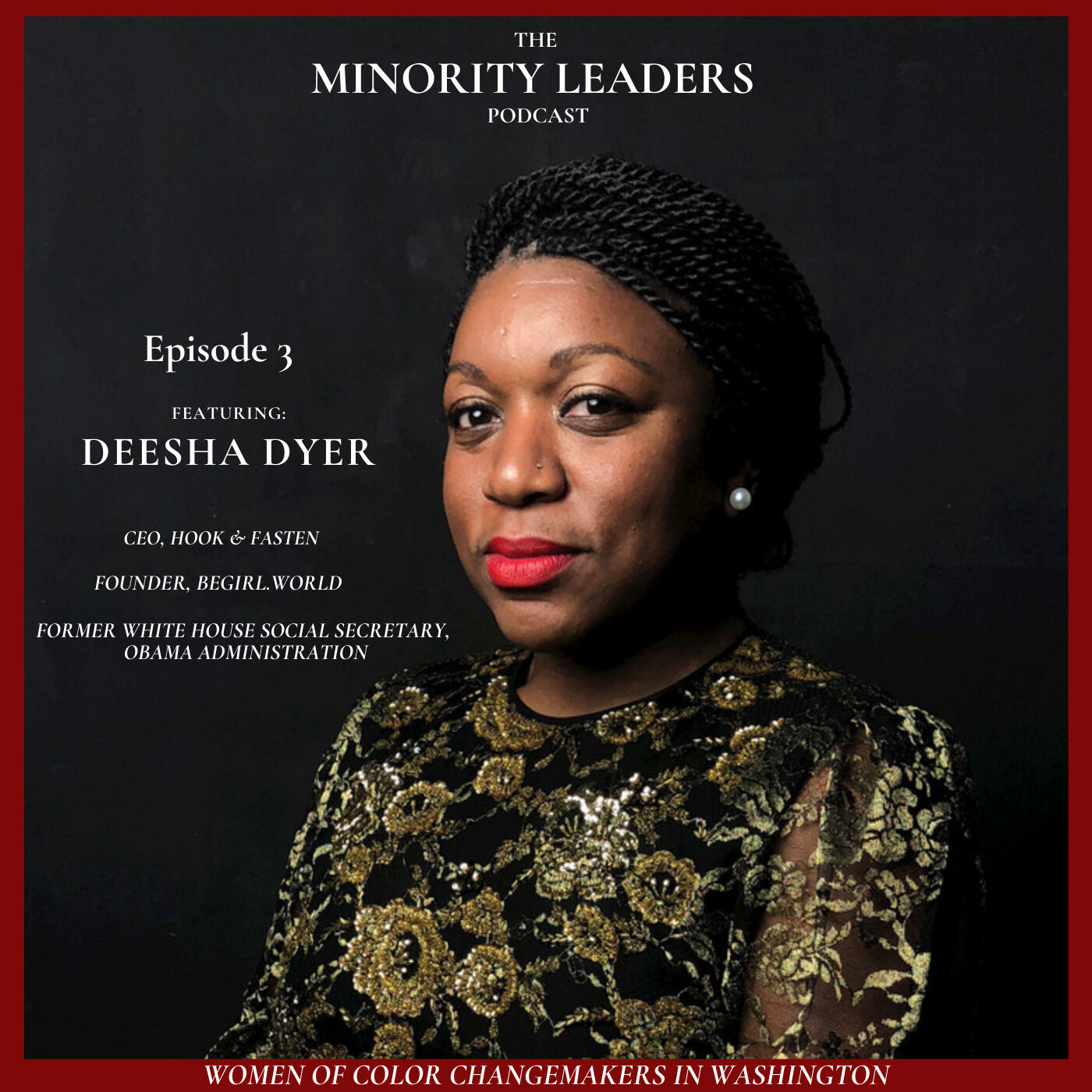 On this episode of The Minority Leaders, host Algene Sajery speaks with Deesha Dyer, former Social Secretary for the Obama White House. She is the founder of BeGirl.World, an organization that empowers African American teenage girls through global education and travel, a former Resident Fellow at Harvard Kennedy School, and a social entrepreneur.

Deesha’s unconventional path to the White House and subsequent career is nothing short of inspirational.  She is a sought after keynote speaker known for delivering engaging talks on topics spanning women in leadership, diversity, and social change. She was named to Marie Claire’s new guard of women changing the world and the Root’s most influential African-Americans.

Deesha shares sage advice about leadership, authenticity, diversity, corporate social responsibility, and what it’s like to have former First Lady Michelle Obama as a mentor! Tune in for this very special episode!

You can find Deesha at Deeshadyer.com and HookandFasten.com, or connect with her on twitter @DeeshaDyer!